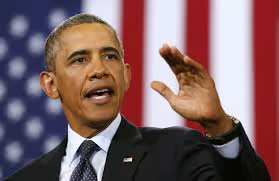 David Sanger, writing this morning in the New York Times, gives us evidence that a few more mainstream voices, albeit grudgingly, are giving the President some credit for getting a few things right:

Without much warning, diplomacy is suddenly alive again after a decade of debilitating war in the region. After years of increasing tension with Iran, there is talk of finding a way for it to maintain a face-saving capacity to produce a very limited amount of nuclear fuel while allaying fears in the United States and Israel that it could race for a bomb.

Syria, given little room for maneuver, suddenly faces imminent deadlines to account for and surrender its chemical weapons stockpiles — or risk losing the support of its last ally, Russia.

For Mr. Obama, it is a shift of fortunes that one senior American diplomat described this week as “head spinning.”

And this just in:

With an integral leader, there is an underlying coherence to actions that seem conflicting and disjointed; but this coherence is not visible to most others. But specific results are visible; and if you are honest, you begin to look back and ask, "Did he intend this all along?"

And my answer: Yes. He did. All along.