Will they sign up for Obamacare? That's the big question.

If they don't, the ACA has a problem, probably not terminal, but serious. The 18-35s are the healthiest adult cohort, and we need them in the insurance risk pool to keep premiums under control. Is it fair to have the young subsidize the old, or, more precisely, the relatively healthy cohort reducing costs for those relatively less healthy? I think so, but the fairness issue is not the point right now. ACA workability is. And to have it, we need the 18-35s to sign up.

I think they will. But many, probably most conservatives do not. You surely know the argument, but here's a summary:

The young and healthy don't need extensive, comprehensive insurance, and they don't want it. When not covered by an employer's plan, they select bare bones catastrophic insurance that covers them for major disasters, but does not take care of routine medical costs. Obamacare is a one-size-fits-all model, where, by mandate, individuals will have to buy much more insurance than they need, in order to subsidize the less healthy post 35s'. The ACA needs the 18-35s' to sign up, or else premiums will skyrocket, eventually killing the whole program. The $95 first year penalty is way too low to really get this cohort to sign up. Because of this, Obamacare will fail.

That's the argument. I'm sure you all have heard it, spoken by Conservative pundits like George Will with absolute certainty. I have consistently discounted this critique, because it has almost never been connected to a robust analysis of the uninsured demographics together with estimated subsidy calculations. Take a look at this chart from Ezra Klein's Wonkblog at the Washington Post: 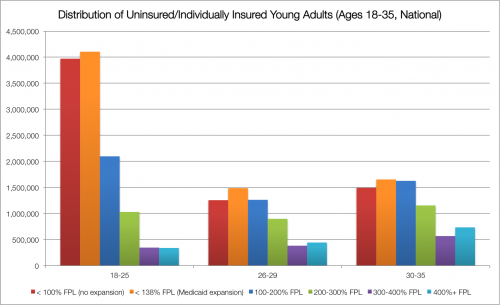 The orange and red lines relate to Medicaid in expansion and non-expansion states. The blue line for incomes 100-200% of FPL (Federal Poverty Line) is where the "gold" target for youth signups, since this is where the subsidies are the most generous. The green line still has solid subsidy support. So roughly adding the blue and the green lines in the three age categories gives us a total target market of 7-8 million people. Out of the 7 million total Exchange signups target, 2.7 million need to be in this 18-35s' category. So 35-40% of prime target market to sign up - seems reasonable.

Today we get a conservative critique from David Hogberg that is first-rate - one that dives into the subsidy-income analysis in a serious way, and concludes that ACA won't work. Why? Hogberg identifies the 18-35 cohort, likely to be eligible for Obamacare, as between 10 and 11 million people:

So 3.7 million people would be $500 or more ahead, after paying the penalty, by not buying insurance. 3.0 million would be $1000 or more ahead. Hogberg concludes from this that it won't work - too much incentive not to sign up; too small a pool for whom the subsidies are really sufficient to give us the 2.7 million signups we need.

This is good analysis. And it's wrong. Let me list the reasons why: 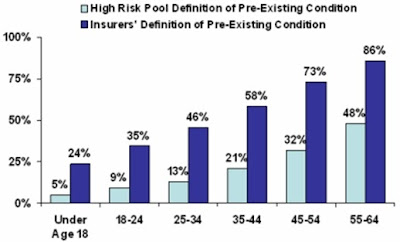 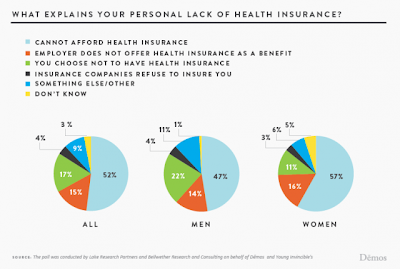 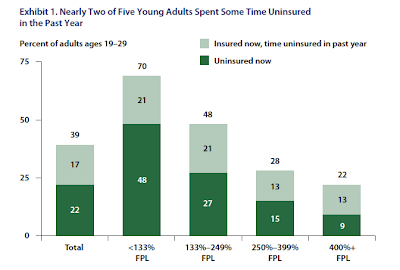 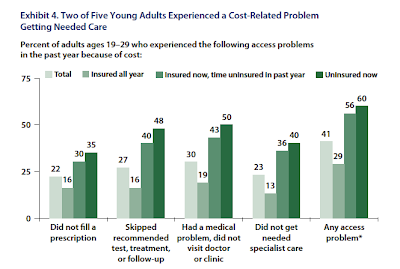 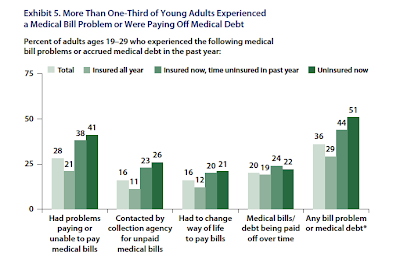 The young want and need insurance. Many have preconditions that have prevented them from getting insurance in the past.They are available in larger numbers than many conservatives have forecasted.

They will sign up, now that ACA subsidies make insurance affordable. The right question Hogberg should ask the young is this: Is it worth $500, or $1000 to you to have coverage for your preexisting condition for the first time? Is it worth it to know you will have uninterrupted care and guaranteed access to the healthcare system, and that perhaps for the first time, you will be able to establish a relationship with a primary doctor over an extended period of time? Is it worth it to know that you will no longer have to worry seriously about medical bills or long lasting medical debt?

If Mr. Hogberg asked, I am confident they would answer in the affirmative.

The ACA will work. And we shall soon have proof.