The following charts are all taken from a Kaiser Family Foundation report on The Coverage Gap, outlining state-by-state (all 25 are GOP-controlled states) how 4.8 million at or below the Federal Poverty Level ($11,490 for a single person) will be denied healthcare coverage that residents of other states will be getting, starting in 2014. This all makes me a bit angry and a bit ill.

In reading the KFF report, I found out some things about Medicaid I hadn't known:
Take a look. The Medicaid-expanding states will provide Medicaid for everyone, including adults without children, up to 138% of FPL. In the 25 red states, nothing. Medicaid will remain available only for parents and only up to 47% of FPL. A bloody tragedy, to my mind. 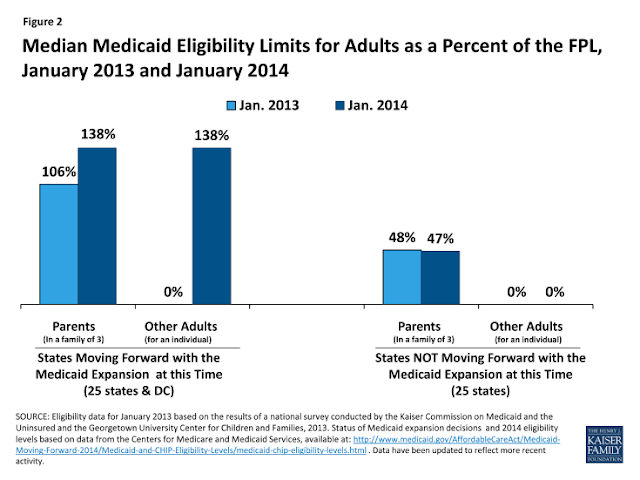 In the pre-ACA system, all states had gaps (shown by the people in grey and areas without a solid colored umbrella). Poor adults without children were not covered. In red states, you were thrown off Medicaid if your earnings went above a certain number. The ACA fixed all that: everyone under 138% FPL was covered. And the Feds would carry the full load for three years, with the states picking up 10% in 2020. Red states not accepting the Medicaid expansion are leaving large numbers of their citizens uncovered, where folks in other states, at similar income levels, will be getting full coverage under Medicaid. 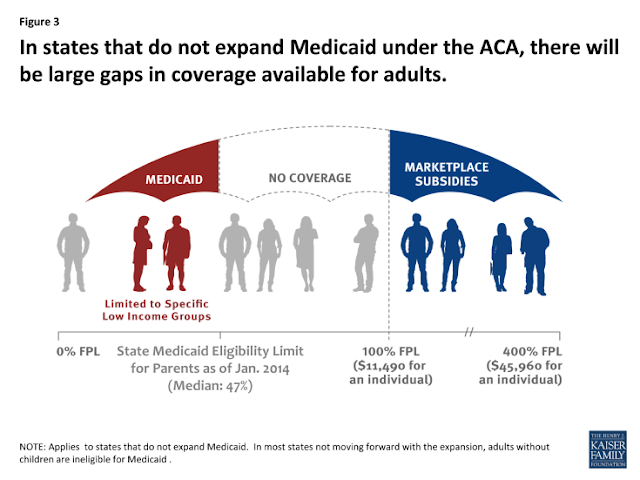 Look at Texas: over 1 million people who qualify for coverage under the terms of the ACA will be out in the cold, while the poor in neighboring states will be covered. A travesty, which I hope will not be allowed to stand for long. 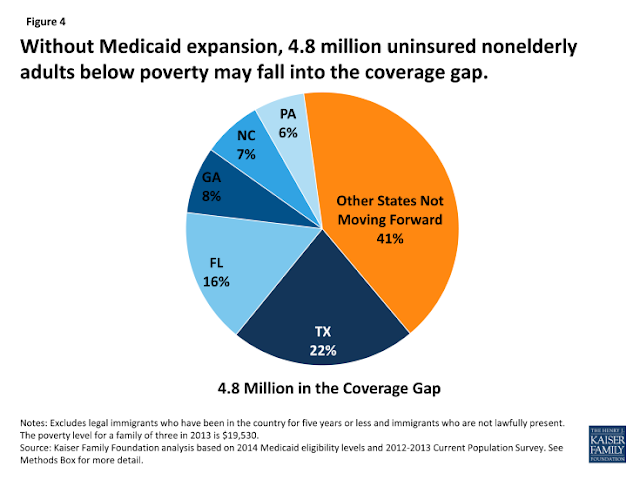 The chart below shows the small percentage of poor that get coverage in the non-expansion-accepting red states. Wisconsin has put through legislation that replaces Medicaid with a state program, thus providing coverage to all the poor. 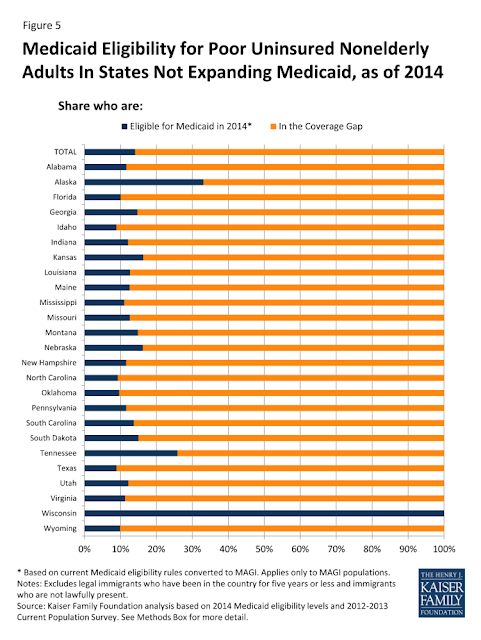 The waste of this makes me weep. And the downright meanness.